Congratulations Your a Home Owner! 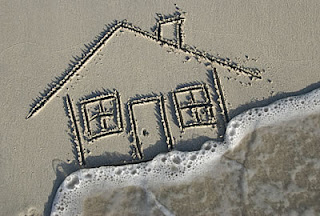 Congratulations, as a homeowner you can now experience the pride that comes with owning your own home.  Along with that pride of ownership however, comes a ton of responsibilities.
There is the need for constant upkeep and regular maintenance.  And while occasional maintenance is paramount to addressing issues as they arise, just as important is incorporating a preventive maintenance program.

Many of us are familiar with the saying, “an ounce of prevention is worth a pound of cure”.
In the event you are not familiar with this line, essentially, it means that the time or costs accrued in making routine inspections and addressing minor issues is well worth it compared to discovering the issue in an emergency situation such as faulty wiring causing an electrical fire or a roof that has been leaking undetected until water damage is noticed.

However, those are maintenance issues that naturally come to mind, but how often do you think of your sewer-line and what that would entail if it were to back-up or even worse, crack or break?

What Can Cause My Sewer Line to Get Blocked Up?

There are several ways in which a main sewer-line can become clogged.  One of the main problems is flushing items down the toilet that should be tossed in the trash and another way is using too much toilet tissue.  There are other factors that can come into play depending on what type sewer-line you have.  You will be better served by flushing only items which are meant to be flushed down the toilet.
For all other items or materials, using a trash can is your best bet.


So What Kind of Main Sewer-line Do I Have?

In earlier times, many homes in America  used sewer-lines made of clay.  While clay is good, it is not without its potential problems.


The problems that stem from clay lines is they were generally constructed in shorter lengths and like other pipes, require a joint to be attached at either end.  Obviously, the shorter the pipe the more joints you will have and potentially more places for problems to arise.

One of the more common issues with clay pipes is wherever there is a joint, not only can it spring a leak but tree roots can find their way into them and as they grow can cause blockage.  Over time, these roots can build up to a high enough degree to prevent the passage of solids like toilet tissue, eventually stopping the water from flowing altogether.

We recommend that you have your main sewer-line professionally snaked by a Certified professional plumber.  A once-a-year prevention regimen could save you hundreds of dollars in repairs and damage. 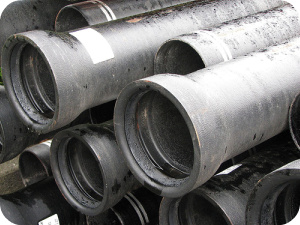 Cast iron is by far the “pipe of choice” and is most widely used due to its remarkable strength and durability.  Being stronger, cast iron pipe can be cut into much longer lengths meaning fewer joints to create potential problems.  While a superior pipe, cast iron is not without its pitfalls.  It is susceptible to rust.

Rust is the enemy of all iron including, but not limited to, cast iron.  In addition to the damage it can wreak on sewer-line pipes, rust can also accumulate in the pipe causing even more problems.  One of the most common issues is rust forming so heavily on the inside of the pipe that it can begin to flake off and start trapping solids and can eventually impede the flow of water.

To prevent potential problems with your iron sewer-line, it is advised that once a year you have the line scoured with a high-pressure water machine such as the mighty Hydro Jet because Hydro Jetting can clean sewer stoppages

So How Can I Keep My Sewer-line Open and Flowing?

The most effective way to ensure that your sewer-line is functioning at peak capacity is to schedule a regular preventive maintenance routine conducted by a professional plumber.

A few preventive measures now can save you both time and money in the future.