How to troubleshoot home plumbing issues 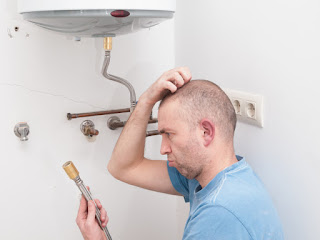 Credit for the creation of what is deemed our modern plumbing system, began with the Romans.  The concept and some crude plumbing predating the Roman era have been discovered but it was they who improved and modernized plumbing, as we know it today.  Aside from better materials, the principle remains the same.

From ancient Rome to present day Los Angeles, plumbing is still just a series of pipes and valves that uses air-pressure to bring clean water into the house and carry away the used water.  Simple enough, but should any of those fail, the whole system is jeopardized.


Plumbing is a wonderful convenience in a modern society but the lack of it can quickly plunge us back into the dark ages should something go wrong.  In Los Angeles, where the average person consumes 92.8 gallons of water per day, plumbing issues are going to arise.

A stopped-up or even worse, overflowing toilet, is more than just an annoyance, it’s an emergency that simply cannot be ignored.  A leaky faucet, while seemingly harmless can cost you more than you might realize.  Addressing and fixing these problems early on can prevent even more damage or inconvenience.

Read more »
Posted by GSmithMike at 3:18 PM No comments: